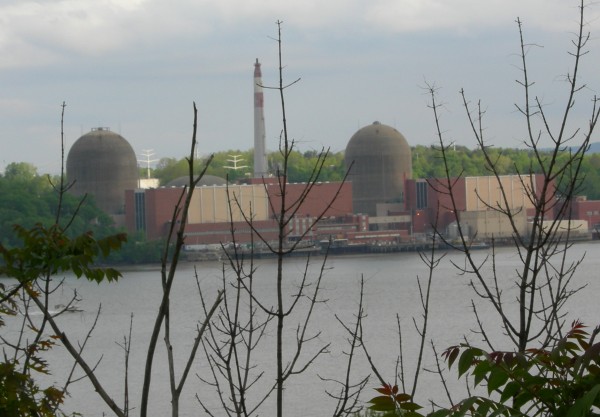 John McCain has called for building 45 new nuclear power plants by 2030 and 100 eventually. Barack Obama's Web site says, "It is unlikely that we can meet our aggressive climate goals if we eliminate nuclear power from the table."

But to what extent can nuclear power really help achieve energy independence?

Suppose it were possible to replace all fossil fuels with nuclear power. Suppose that we could use nuclear energy to make liquid and gas fuels to power vehicles, and could do this quickly using conventional nuclear power plants.

We would have to build enough plants to increase energy production by 17.4 times, which means using 1.2 million tons of uranium ore each year. At that rate of use, the reserves of uranium would be used up in less than five years.

Geologists also estimate that there are about 35 million tons of uranium out there regardless of the cost of mining it (geologists call this identified resources). With nuclear power replacing all fossil fuels, even these would be used up in 29 years.

Thus, if the goal is to counter global warming by replacing all fossil fuels with nuclear power, this goal cannot be met.

Advocates of nuclear power point out that it doesn't have to replace all other sources of energy. Let's consider that approach.

At a recent meeting, the Group of Eight major industrial countries agreed to reduce carbon emissions 50 percent by 2050. Suppose nuclear energy increased just enough each year to enable fossil-fuel use to decline at a constant annual rate, to 50 percent by 2050, while nuclear power therefore increased to provide 50 percent of the world's energy.

There are some important caveats. Exploring for minerals is done on an as-needed basis, and large areas of the world may have been little explored for uranium. Every mining geologist and mine corporation executive will tell you that estimates of total reserves of a mineral are just that - estimates - and that the reserves of many minerals always increase over time.

This approach may be all right for the planning time of mining companies, but it won't work for a long-term global energy strategy based on adequate supplies of uranium.

Considering the enormous costs of building the large number of nuclear power plants that are contemplated to replace fossil fuels, the United States would be courting disaster if it chose this route with nothing but blind faith that there may be a lot more uranium out there if we only look for it.

We need to know a lot more about available uranium resources and where they are. If they are in unfriendly countries, they might not be available at all.
Nuclear power advocates also argue that it is possible to recover significant amounts of uranium from spent fuel. According to the International Atomic Energy Agency, "In 2004, two-thirds of the uranium used was newly mined; the rest came from civil and military stockpiles, spent fuel reprocessing and re-enrichment of depleted uranium."

But the amount from spent fuels is not specified, and a reprocessing program to deal with 1.2 million tons of used uranium would be a major undertaking, perhaps not technologically feasible in the near future.

Others suggest that breeder reactors, which produce more nuclear fuel than they use, will solve the problem.

The United States experimented with a few breeder reactors from 1964 to 1994, but they were shut down or work on them halted in the 1990s.
Other nations have tried building them, and some are considering or developing them. But to my knowledge perhaps only one or two breeder reactors are in use and providing electrical energy anywhere in the world, and these are probably not "breeding."

There are reasons for this: The technology is not there yet, and the reactors are dangerous in themselves, even without considering their potential use in making atomic weapons. They are the kind of nuclear reactors that everybody fears Iran or North Korea might build and use to make atomic bombs.
In sum, the breeder-reactor route, if it is practical at all, is a long way in the future as a major contributor to the world's energy, and certainly not a way to reduce our dependence on fossil fuels now or in the near future.

The bottom line: From what is known about resources of uranium and the present and future state of nuclear power plants, there is no way that nuclear power can play a dominant role in the world's energy supply.

This is not to say that it could play no role in a mixed strategy involving many kinds of energy, only that those who continue to press for a greater role for nuclear power must first show that there will be enough uranium to assure that thousands of nuclear power plants built at enormous cost would not soon stand idle - and leave our economy standing idle too.