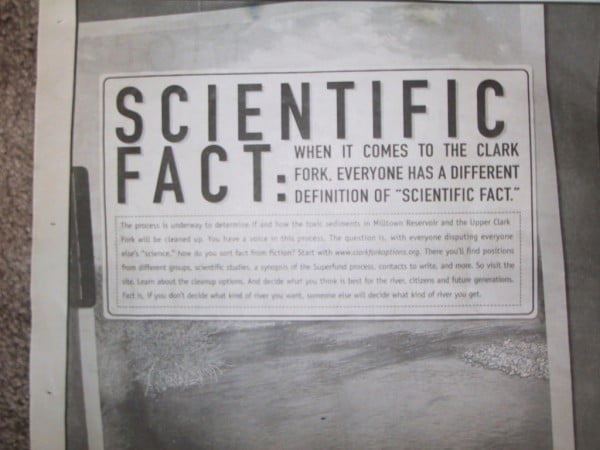 Global warming alarmists betray their cause when they declare that it is irresponsible to question them.

One of the changes among scientists in this century is the increasing number who believe that one can have complete and certain knowledge. For example, Michael J. Mumma, a NASA senior scientist who has led teams searching for evidence of life on Mars, was quoted in the New York Times as saying, "Based on evidence, what we do have is, unequivocally, the conditions for the emergence of life were present on Mars—period, end of story."

This belief in absolute certainty is fundamentally what has bothered me about the scientific debate over global warming in the 21st century, and I am hoping it will not characterize the discussions at the United Nations Climate Change Conference in Durban, South Africa, currently under way.

Reading Mr. Mumma's statement, I thought immediately of physicist Niels Bohr, a Nobel laureate, who said, "Anyone who is not shocked by quantum theory has not understood it." To which Richard Feynman, another famous physicist and Nobel laureate, quipped, "Nobody understands quantum mechanics."

I felt nostalgic for those times when even the greatest scientific minds admitted limits to what they knew. And when they recognized well that the key to the scientific method is that it is a way of knowing in which you can never completely prove that something is absolutely true. Instead, the important idea about the method is that any statement, to be scientific, must be open to disproof, and a way of knowing how to disprove it exists.

Therefore, "Period, end of story" is something a scientist can say—but it isn't science.

I was one of many scientists on several panels in the 1970s who reviewed the results from the Viking Landers on Mars, the ones that were supposed to conduct experiments that would help determine whether there was or wasn't life on that planet. I don't remember anybody on those panels talking in terms of absolute certainty. Instead, the discussions were about what the evidence did and did not suggest, and what might be disprovable from them and from future landers.

I was also one of a small number of scientists—mainly ecologists, climatologists and meteorologists—who in the 1970s became concerned about the possibility of a human-induced global warming, based on then-new measurements. It seemed to be an important scientific problem, both as part of the beginning of a new science of global ecology and as a potentially major practical problem that nations would have to deal with. It did not seem to be something that should or would rise above standard science and become something that one had to choose sides in. But that's what has happened.

Some scientists make "period, end of story" claims that human-induced global warming definitely, absolutely either is or isn't happening. For me, the extreme limit of this attitude was expressed by economist Paul Krugman, also a Nobel laureate, who wrote in his New York Times column in June, "Betraying the Planet" that "as I watched the deniers make their arguments, I couldn't help thinking that I was watching a form of treason—treason against the planet." What had begun as a true scientific question with possibly major practical implications had become accepted as an infallible belief (or if you're on the other side, an infallible disbelief), and any further questions were met, Joe-McCarthy style, "with me or agin me."

Not only is it poor science to claim absolute truth, but it also leads to the kind of destructive and distrustful debate we've had in last decade about global warming. The history of science and technology suggests that such absolutism on both sides of a scientific debate doesn't often lead to practical solutions.

It is helpful to go back to the work of the Wright brothers, whose invention of a true heavier-than-air flying machine was one kind of precursor to the Mars Landers. They basically invented aeronautical science and engineering, developed methods to test their hypotheses, and carefully worked their way through a combination of theory and experimentation. The plane that flew at Kill Devil Hill, a North Carolina dune, did not come out of true believers or absolute assertions, but out of good science and technological development.

Let us hope that discussions about global warming can be more like the debates between those two brothers than between those who absolutely, completely agree with Paul Krugman and those who absolutely, completely disagree with him. How about a little agnosticism in our scientific assertions—and even, as with Richard Feynman, a little sense of humor so that we can laugh at our errors and move on? We should all remember that Feynman also said, "If you think that science is certain—well that's just an error on your part."

This op-ed appeared in the Wall Street Journal on December 2, 2011