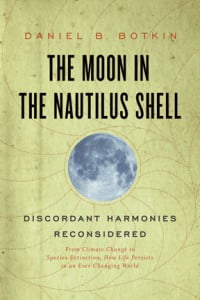 Dan recently appeared as a guest on IdeaSphere: A Platform for Today's Voices, distributed nationally by Public Radio Exchange (PRX) and hosted and produced by Guy Rathbun. The topic of the program was Dan's latest book, The Moon in the Nautilus Shell: Discordant Harmonies Reconsidered. Specifically, Dan and Guy discussed how our Judeo-Christian belief in the balance of nature is in direct opposition to scientific evidence that nature is constantly in flux, an endless dynamic, changing system. The program originally aired October 27, 2012.

IdeaSphere is a weekly show devoted to political, social, economic, ecological, philosophical and religious ideas. The series has been broadcast on public radio for the past 10-years.

You can listen to the full interview below.