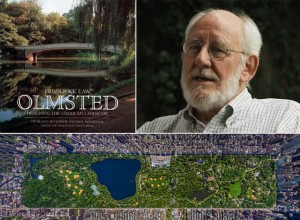 This episode of Renegade Naturalist Radio features Charles Beveridge, widely considered the foremost authority on the life and work of Frederick Law Olmsted.

Frederick Law Olmsted (1822-1903) was the visionary urban planner and landscape architect behind dozens of important U.S. city parks in the late 1900s. Starting in 1857 with the design of Central Park in New York City, the crown jewel of American city parks, he created designs for thousands of landscapes.

Olmsted's legacy includes Boston’s Emerald Necklace, Prospect Park in Brooklyn, the Biltmore Estate in North Carolina, Mount Royal in Montreal, the grounds of the U.S. Capitol and the White House, along with many other green spaces that have defined towns and cities

In this interview, Beveridge discusses the importance of nature and vegetation in cities.

"Olmsted was very concerned about nature and very aware of the power of nature and the kind of role it could play in society and cities, and American cities, in particular. But everything he was concerned with was of the mixture of nature and art. He was not interested in wilderness, and that was really true of much of his generation; they had plenty of wilderness. They were interested in wildness, and Olmsted's approach was in some ways similar to Thoreau's in that respect."