Hanford was built in 1943 as part of the  Manhattan Project to develop the atomic bomb.  As a primary government facility dealing since then with radioactive materials, it could be expected to have the best and tightest controls over nuclear wastes.  But even there tanks supposed to hold radioactive wastes are leaking, and not for the first time.

The plant was built in then comparatively rural countryside and covered a large area, about half the area of Rhode Island, seemingly a good location for this kind of work and the storage of dangerous materials.   But times were changing by the 1980s and continue to change today. My visit reinforced the conclusion that this was not a good place for leaky storage tanks.  It borders the Columbia River where it is joined by the Yakima and Snake Rivers.   And it is near the tri-City area of Richland, Kennewick, Pasco, Washington, with a population exceeding 200,000.  Commercial fruit orchards were and are nearby.

Even if the current area of Hanford Reserve makes it unlikely that radioactive materials will leak into ground water and spread long distances, these new leakages raise a larger question.  If long-term storage of nuclear wastes is not secure at Hanford, what about the rest of our nation’s 70,000 tons of radioactive wastes, now in many “temporary” storage facilities around the nation?  Funding to manage these has been greatly decreased in recent years.  Do you live near one of these sites?  See this map: 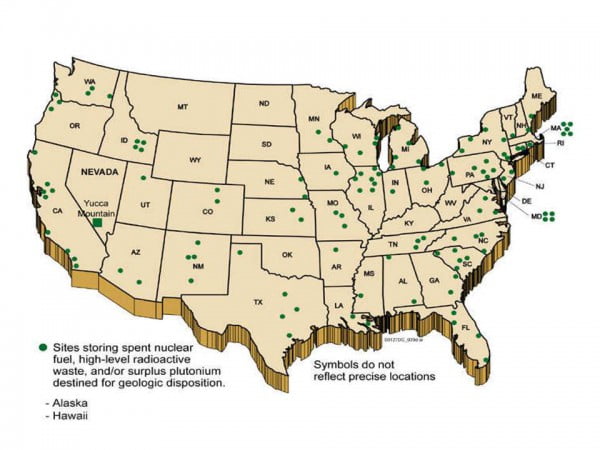