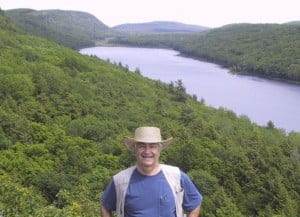 Over the past two years there have been truly disastrous wildfires around the globe: perhaps a silver lining is that attitudinal and economic obstacles to forest management may finally start to be overcome. Since 2000, an average of 72,400 wildfires have burned an average of 7.0 million acres in the USA, with 8.7 million acres burning in 2018. Total wildfire damage cost the State of California alone $85 billion in 2017 and record wildfires push 2018 disaster costs to $91 billion.

This past year Pacific Gas & Electric, Southern California Edison, and San Diego Gas & Electric preemptively shut off power to 800,000 electric customers for days at a time to eliminate potential ignition hazards from their aboveground power lines. People had trouble getting information, businesses lost customers and perishable inventory, and communities scrambled to deliver backup power to critical medical and other social service facilities. Perhaps those most severely affected were those vulnerable individuals reliant on electrically-powered medical equipment at home for their very survival.

In our two careers, we have championed evidence-based practices to prevent such terrible wild fires. There are now two examples of these changes taking place. The recipe for true resilience is to monitor areas prone to wildfire, educate locals on basic preparedness, provide rapid emergency response services, and modify forests during wet seasons to greatly lower the "fuels" (accumulated vegetative debris) available to feed catastrophic wildfire. Our recommendations include preventive tactics to reduce accumulated wildfire fuels, a by-product of effective fire suppression over the last century, via prescribed burning and manual and mechanical means of forest thinning.

Throughout the USA, we know that indigenous people used prescribed fire for this purpose for millenia, traditions interrupted by largely European settlers of the early American era.

Then something dramatic occurred when an endangered species, the BobWhite Quail, returned to the state, but only in forests where Williams' methods had been employed. As a result, the Audubon Society made Bob the 2012 New Jersey Audubon Conservationist of the Year.

However, Williams and the New Jersey Audubon Society continue to serve as exceptions rather than the rule. Many other environmental advocates still maintained that the only good forest is one never touched by people.

Now in California, and other parts of the USA, in the wake of catastrophic wildfire, there is an increased openness to the need to actively manage forest resources. One example is the fire mitigation work spear-headed by the Pepperwood Foundation in Sonoma County. Pepperwood had been actively reducing fuels on-site at its 3200-acre research reserve via forest thinning, including removing Douglas Fir trees that invade oak woodlands in the absence of fire, to achieve both ecological benefits and fuels reductions. Their grassland management also actively reduced fires hazards and enhanced ecological function via conservation grazing and prescribed fire, similar to methods advanced by Williams and others decades ago.

Pepperwood has the distinction of being one of the rare sites twice-burned in recent wildfire seasons, including the 2017 Tubbs Fire which burned the entire property and the 2019 Kincade Fire, which thanks to CAL FIRE and first responders, impacted only 60% of the property. In 2017, Pepperwood's prescribed burn treatment area was the only the only portion of the preserve NOT burned by the uncontrollable Tubbs Fire. In 2019, first responders found that land management on the reserve seemed to help slow the Kincade Fire and thus allow CAL FIRE to secure the fire perimeter, preventing it from spreading into nearby Wildfire Urban Interface communities.

Pepperwood also leveraged its role as a scientific field station to use its sensor and communications networks to radically improve situational awareness on the reserve and beyond, using 360-degree fire cameras to show CAL FIRE and local fire districts in real?time the extent of fire perimeters and likely spread in order to be far more strategic in their attack.

It is our hope that with the increasingly mainstream acceptance of forest interventions, mainstream environmentalists and environmental organizations will cease to condemn active forest management due to a philosophy that the only true nature one is that never altered by people. Rather, we can learn from our indigenous elders that active forest management is critical to human safety, well-being and ecological health.

Daniel B. Botkin is Professor Emeritus of Biology, University of California, Santa Barbara. He has also served on the faculty of Yale University's School of Forestry and Environmental Studies. Among his awards are: Top Environmental Scientist of the 2020 Decade, by the International Association of Top Professionals (IAOTP), for his outstanding leadership, dedication and contributions to Environmental Conservation; and Marquis Who's Who 2019 Albert Nelson Marquis Lifetime Achievement Award for Environmental Science and Writing. His half century of research includes development of methods to prevent and control forest fires. He has published 17 books. email danbbotkinnyc@gmail.com

Lisa Micheli is President and CEO, Pepperwood Preserve, She has PhD, UCBerkeley (Energy and Resources); MS, UC Berkeley (Civil Engineering,Environmental Water Resources); MPhil, Cambridge University, King's College(History and Philosophy of Science); AB, Harvard College (History and Science) Dr. Micheli joined Sonoma County's Pepperwood Foundation in October of 2009 2130 Pepperwood Preserve Rd Santa Rosa, CA 95404.  She has been recognized as a Phi Beta Kappa scholar, a Robert and Patricia Switzer Foundation Environmental Leader, a Bay Nature Institute Local Hero, and a fellow of the California Academy of Sciences. She is a member of the American Academy for the Advancement of Science, the American Geophysical Union, and the Society for Conservation Biology. Dr. Micheli serves as a director of the Rebuild North Bay Foundation and as an advisor to the Sempervirens Fund, the Chile-California Conservation Network, the Bay Area Open Space Council, Invoking the Pause (Climate Challenge Trailblazers), and the Water Research Foundation.