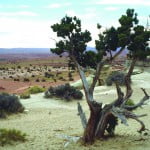 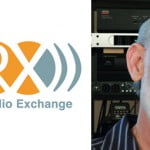 Dan recently appeared as a guest on IdeaSphere: A Platform for Today's Voices, distributed nationally by Public Radio Exchange (PRX) and hosted and produced by Guy Rathbun. The topic of the program was Dan's latest book, The Moon in the Nautilus Shell: Discordant Harmonies Reconsidered. Specifically, Dan and Guy discussed how our Judeo-Christian belief in the balance of nature … END_OF_DOCUMENT_TOKEN_TO_BE_REPLACED 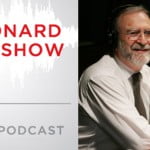 Dan appeared WNYC 93.9 FM and AM 820, New York's flagship public radio stations, as a guest on The Leonard Lopate Show today, Wednesday, October 3, 2012.On the program, Dan discussed his new book, The Moon in the Nautilus Shell: Discordant Harmonies Reconsidered, and explained that in a world constantly confronted by global environmental problems, establishing effective … END_OF_DOCUMENT_TOKEN_TO_BE_REPLACED 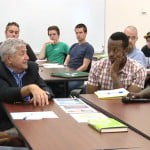 Recently, Dan had an opportunity to sit down with students from the Energy: Today and Tomorrow class at Frostburg State University in Frostburg, Maryland. The course, taught by Department of Geography lecturer Tracy Edwards, examines many of the questions and challenges of alternative energy discussed in Dan's book Powering The Future: A Scientist's Guide to Energy … END_OF_DOCUMENT_TOKEN_TO_BE_REPLACED 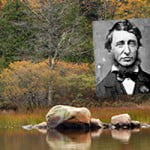 With the London Olympics in full swing, and the always amazing track and field events about to get underway, I was reminded of a summer race of a different kind.This race took place 155 years ago today, on August 1, 1857, and involved none other than Henry David Thoreau—hardly an Olympian, but still someone who enjoys a good contest.The story of Thoreau’s race in the … END_OF_DOCUMENT_TOKEN_TO_BE_REPLACED 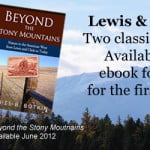 Two of Dan Botkin's classic works about explorers' Lewis and Clark are being released in ebook format for the very first time. Passage of Discovery: The American Rivers Guide to the Missouri River of Lewis and Clark (now available) and Beyond the Stony Mountains: Nature in the American West from Lewis and Clark to Today (available June 2012) are available for purchase wherever … END_OF_DOCUMENT_TOKEN_TO_BE_REPLACED